From the “Well-they-certainly-don’t-waste-any-time” file, Discovery announced on Monday that they would be airing an hour long special about the hunt for Osama Bin Laden on Sunday, May 15th.  You’ll notice the lack of a Bin Laden Photo on this site unlike every other site. Sorry, but we’d rather enjoy a picture of the S.E.A.L.’s than a dead terrorist who murdered innocent Americans.

(Silver Spring, Md.) – “Bin Laden Dead.” For ten years – since Osama Bin Laden masterminded the 2001 attack on the World Trade Center — it’s been the headline Americans have waited for. On Sunday, May 15 at 10PM ET/PT, Discovery Channel will premiere KILLING BIN LADEN (WT), a one-hour special that provides an intimate second-by-second account of the Bin Laden operation — from the time the crucial intelligence was gathered in 2010, through the burial of bin Laden at sea. 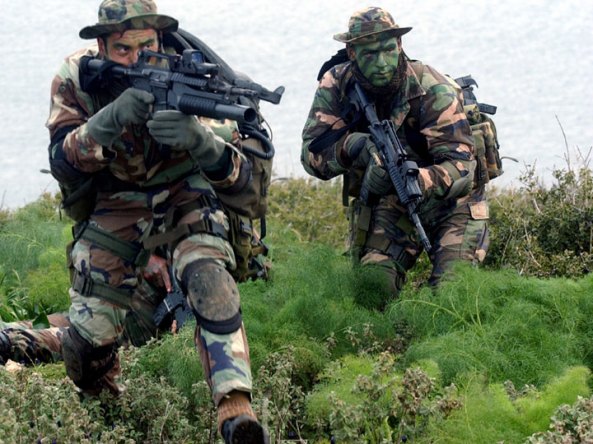 Utilizing a global team of local reporters, fixers and cameras on the ground in Abbottabad, Pakistan, KILLING BIN LADEN (WT) will delve into the details of how the operation was planned and executed, seeking to answer key questions that are to date unresolved, including: How many special ops forces were involved? From where did they deploy? How was facial recognition used to identify bin Laden? Why was one of the helicopters abandoned and destroyed?

“Bringing Osama Bin Laden to justice is one of the biggest stories of our country’s lifetime,” said Clark Bunting, President and GM, Discovery Channel. “Discovery Channel’s global reach, strong partnerships and unique nonfiction storytelling ability allow us to delve deep into this story and provide viewers with answers to the questions they are asking as well as context and historical perspective.”

KILLING BIN LADEN (WT) will also investigate how intelligence gathered the information that led to Bin Laden’s hideout, including the tracking of a senior Al Qaeda courier. In August 2010, investigators tagged the heavily fortified compound, where the courier lived with his brother, as a possible terrorist hideout. Once intelligence experts were convinced that the compound contained a senior “high value” terrorist target with a strong likelihood that it could be Osama Bin Laden himself, they launched the plan that would end with U.S. Special Forces making a pre-dawn raid on the compound by helicopter.

“Somebody saaaaave me!” Boy, Remy Zero said it accurately, indeed. The Superman Mythos after the explosive Death of Superman and The Return of Superman Comic Book storylines needed a shot in the arm. Waning book sales and iffy stories combined with the disinterest of Superman as a whole had thrown a huge red flag up for DC and Warner Brothers combined. After numerous failed attempts at re-igniting that elusive spark, DC and Warner Bros. had much egg on their face that included an omelet made of Nicolas Cage as Superman…ugh… I shudder to think.

Then in comes Alfred Gough and Miles Millar with a brilliant premise: how about a restart (I despise using the term “reboot”) to this iconic superhero? Let’s start way back but not so far back as to not have Clark Kent, our powerful protagonist, involved in a journey to his destiny of becoming the world’s most renowned hero. Let us begin in Smallville, Kansas and do an origin story that will take us on a great and revealing trip. And with Smallville heading into its final season in just a few weeks, I think back excitedly on what a ride it’s been!

The WB show was touted as a Sci-Fi, fantasy tale but at times does play out like a soap opera. That’s OK, though, because we always know what is to eventually come which no basic Soap on TV can do for its viewers. When particular characters like Lex Luthor and Clark Kent interact we can’t help having that small grin on our face and that thought on our minds that these two guys are going to totally throw down and kick each other’s asses in the future. It’s this aspect that makes Smallville so appealing.

Season One begins, well… in the beginning. In the Smallville pilot we are introduced to the Kents played by the hot Annette O’Toole (Sorry, ever since Paul Schrader’s Cat People I have always had a crush on her) as Martha and John Schneider (Hee Haw!, Dukes of Hazzard) as Jonathan. These are the salt-of-the-earth farmers who will (thanks to the meteor shower that brings that most-famous of all aliens) raise Clark Kent (Tom Welling). It is not easy as we are a witness, too, as the season advances. After the 14 year-old Clark discovers the spaceship that brought him to earth buried in the barn, he begins to question his destiny, and refuses to immediately accept it.

We are soon introduced to Jeremy Creek (Adrian McMorran), our first of many “meteor freaks” who are usually just normal people who are or were infected adversely by the kryptonite.

Clark then saves Lex Luthor, portrayed by Micheal Rosenbaum (who steals just about every scene he is in) from an almost fatal car accident. Needless to say, Clark stays busy even as he discovers he’s the newest alien on the block. This is just the beginning of where this great ride begins and there is definitely more to come…

Watch some full length episodes of Smallville on Hulu.