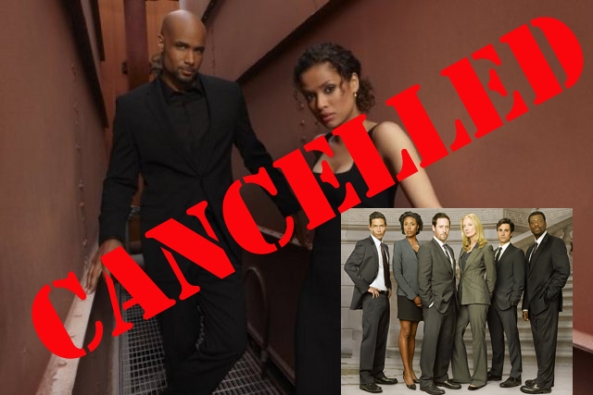 In two moves that were really shocking to no one, two new dramas, the J.J. Abrams series Undercovers and the Jerry Bruckheimer series, The Whole Truth have been cancelled.  Actually, to put it more accurately, The Whole Truth was cancelled outright and NBC just did not order any more episodes of Undercovers effectively cancelling the series.

I’m not surprised at all that TWT wasn’t received well by audiences.  As noted in my review of the show, it really had nothing going for it that made it stand out above any other courtroom procedurals and what made it worse is that it was a poor rip-off of another failed Bruckheimer show, Justice (2006).

Undercovers, on the other hand… well, I’m very surprised that it failed so miserably with audiences.  It was a lot like Alias with a much lighter tone to it.  I thought it worked.  It’s unfortunate that we have to see it go.

So, there you have it… two more new dramas down.  Who will be next?